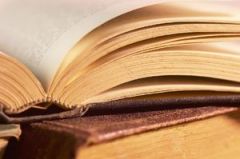 Last week on Words, Pauses, Noises, we introduced Tomek Dzido as the founder of STORGY, an interactive short story platform. This week we’re featuring a story of Tomek’s, ‘The Last Two People On The Night Bus’. Genre fiction, especially short fiction, can be difficult to accomplish. The author must create an entire world within only a few paragraphs or pages, as well as wrap up that world with a satisfying ending. This work both builds and ends its world with a startling clarity that, while brief, is very descriptive and, in a manner of speaking, alive. Get ready for a chilling ride!

‘The Last Two People Left On The Night Bus’

It’s been three years since my mother ate Bruce. Three years since I heard him whimper and was forced to drive a cleaver deep into the back of her head. I remember watching her fall to the ground and feeling nothing as I buried the blade further into her skull, the inactive brain matter disintegrating and spreading out all over the abandoned pavement. Eventually she stopped moving, by which point it was Bruce’s turn to die, again. As I looked back towards my mum and stood over her ravaged and rotten body, I tried to recall the good times. The mornings in the garden with dad and Jenny, the warm croissants and fresh coffee, the laughter and long summer days, but they were lost to me now. I felt nothing. The only thing I experienced was hunger and exhaustion, and occasionally fear, but even that was rare, especially since there was nothing left to fear. There was no point in being scared. They would get you soon enough. It was only a matter of time.

I stand at the window and look out at them as they gather and circle around the bus. I look at their faces and wonder what they used to do, whether they had a family, and if their life was better then, or now. I used to create entire backstories for them and imagine what their lives used to be like prior to the outbreak, but that was before one of them snuck up on me whilst I drifted from reality and let my guard down. Now I know there’s no such luxury as imagination. All there is this. Us and them. The here and now full of dead ends and darkness and nights of restless sleep and nightmares. There’s no escape, and whether you’re awake or trying not to be, the horror of the city and its occupants prevents any return to what was known of comfort. The distant memory of mortgages and bills and the struggle for survival in a world consumed by greed and formulaic fiction seems so stupid, particularly when you’re faced with the reality of where it got us, of where we are after all our supposed progress. Thinking about the absurdity of all our old concerns of confinement in cages by immoral suits and small print would make me smile, if only I could.

One of the deadskins has found a weak point in the window and it won’t be long before the seal goes and they find their way in. I look at Jenny and she’s still unconscious, her hair covered in blood and stuck to her face, hiding the torn flesh, the bite. It’s my fault. I should never have agreed to let her listen to that CD. I don’t know what came over me. It was a basic mistake. A complete lapse in logic, but I guess I missed the sound of music too, only it wasn’t music; it was the sound of death and devastation. All it took was an oversight in the inspection of the volume control and thirty seconds of the track to notify them of our exact location. Three years of secret and silent survival wasted. All the effort and emotion of ensuring the safety of the only person left that meant something to me, squandered for nothing more than a pained desire to see her happy, to make her realise what it meant to be human, even for a second. And now she never would. She would never know anything anymore. Soon enough, neither of us would.

The last time I had any contact with anyone else apart from my sister was eight months ago, back when there were six of us and sticking together gave us all a purpose, a reason to try and put another deadskin down and take out as many as we could, as quickly as we could, with as little risk as possible. But there was always a risk. A risk that led to ruin and the diminishing of our group until there was only Jenny and me. We got ambushed during a food run and there was no alternative but to separate. It had happened before and we knew where to meet and when, but I took the fact they never showed up to mean they never would, and after a week we moved on. There was no choice. Residency was not an option. The deadskin’s were dumb, but they were also determined. I hear a crack and check the window. The seal’s gone and fingers slowly push through the tiny gap, dead flesh serrating and shredding to pieces on the shattered glass. It won’t be long now.

I remove the knife from my pocket and look over at Jenny. It’s still hard to believe this is the way that things will end. After all the books and films and games about zombies and the undead, nobody ever thought it would actually happen, but all it took was for the brain to realise that it was already dead, and the collapse of the banks merely speeded up the spiritual revolution. Women and children burnt alive to force fear and end the insurrection. But it didn’t work. The people were finally united, and together they marched for liberty beneath the bombs of chemicals and carnage. I look at them now and wonder whether this is freedom. I wonder whether this was worth it, whether the same decisions would be made again if choice was something real and true, but even now they march together, side by side and strong. At least it meant something. Jenny’s leg twitches. She spasms and convulses. The deadskins sense her re-birth and scream and shake the bus with greater glee to let me know my time has come. I watch Jenny get to her feet. Finally our eyes meet. So this is it. I put the knife down. Jenny and me. Forever.

As far as genre goes, it can be hard to define what exactly to ‘file’ a work under. Is this work horror? Science fiction? Or does it defy the bounds of regular convention and make its own sort of niche? The team at Words, Pauses, Noises are happy to hear your opinions on the matter, as we can’t decide quite where to stick it either! We hope you enjoyed this taste of Tomek’s work, and that you will take a look at STORGY for more.

For those interested in finding further science fiction shorts, take a look at any of the works of Arthur C. Clarke, Isaac Asimov, Ray Bradbury, Larry Niven, or Alastair Reynolds. There are so many to recommend that the list could go on forever. Tune in next week for more wonderful work from the creative minds at Kingston University.